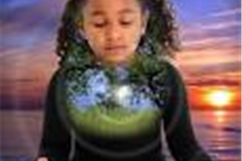 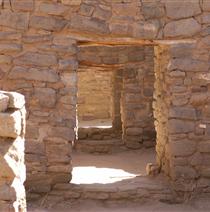 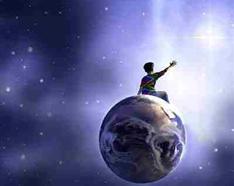 Journey of the Spirit

Past Life Regression - Past lives or Reincarnation, encompasses the belief that the Soul or Life Force can return to a new life on earth after death. Reincarnation has been well documented with many cases and histories especially in Europe and Asia. "Deja vu" comes under this category. "The thing that hath been, it is which shall be, and that  which is done, is thatwhich shall be done, and there is no new thing under the sun." Or as the scientists would say "Nothing is created or destroyed." There are many techniques for encouraging and accessing past lives. By accessing past lives, both emotional and physical problems can be reduced and eventually eliminated. Creative blocks can be located and removed. It is a powerful source of psychic exploration. Calling forth past lives and lessons learned enables us to bring forth wisdom that our Soul has gathered over time and make use of this wisdom. Old patterns can be identified, understood and eliminated. New freedom can be found. Many tools can be used in this venture; such as hands on healing work, word association, journals, dreaming, intuitive knowledge and Higher Self speaking to Higher Self. With my help, I can call forth your own Soul's history to enable you to more fully understand your "Journey of the Spirit."

Future Life Progression - This makes use of intuitive knowledge and psychic abilities to see what possibilities exist for you, at this moment, based upon the choices you have made in this life. Your destiny is not written in stone. It changes with every new choice you make. You can change the direction of your path at anytime.

Old Souls - When you understand and accept that you are capable of many lifetimes on this planet and elsewhere, the concept of Old Souls comes into play. These are individuals that have chosen to reincarnate many times for whatever reason. Quite often they exhibit much wisdom and knowledge in many areas. They have often had lives in Lemuria,Atlantis, Egypt, South America as Mayans and Aztecs, ancient Native Americans, etc. They have been both male and female and had polar opposite lives dealing with certain issues. Often times, Soul Mates (a person who strongly resembles another in attitudes and beliefs) and Twin Flames (one energy entity split into two beings) are from this category. People often tend to have people around them that have been around them in other lives and a sense of already knowing the person will exist. Some people have had lives in other Universes and Galaxies. We call them ET's.  There are also people who have had a "near death experience" and been very different afterwards. Often what is called a "walk-in" has occurred (another Spirit has entered their body to finish this lifetime for them and this was agreed upon by both Spirits.) Many Old Souls can easily connect to their past lives and the wealth of wisdom they have collected throughout their many journeys.

Indigo Children -  Indigo Children have been coming into the planet for over sixty years now. They have gotten more attention and been labeled in the past fifteen years. They are called Indigo children because they tend to carry an indigo colored aura. They tend to be strong, outspoken, don't cater to authority, have a sense of entitlement, are not ritual oriented, have no real sense of guilt, and at times can seem antisocial. The norm or system that has been accepted and used in the past, does not interest them. Truth is very important to them and telling them an untruth will lose their trust, which may never be regained. They have often been labeled as Bi-Polar, ADD, or Schizophrenic. They were sent here as the warriors to clear the path for the next group that would be coming to earth and would be called the Crystalline Children. Some Indigo children have morphed into Crystalline Children. Both of these groups are part of the changing paradigm on earth. Working with these children can be very stressful for those that do not understand them.

Crystalline Children - are those children that have come into this world fully loaded. They carry the full spectrum of light and vibration frequencies. They are plugged into the earth's energy grid. They can perform as pure energy within consciousness. They are psychic and telepathic. They carry remembrances of "The One - The Beginning." They are very sensitive, heart centered and loving. They don't tend to judge. There is no polarity in their existence. They see all things as connected. They have very different digestive requirements. They have very strong immune systems. When they are misunderstood or their surroundings do not agree with them, they may move into Autism. They may choose not to speak. They are frustrated with being told to do or learn something which they know they have already mastered.  They are here to help lead us into the New Paradigm - "follow the children - for they will lead the way."